Skip to content
Home
/
Investing
/
If you have secret offshore assets, chances are SARS knows about them 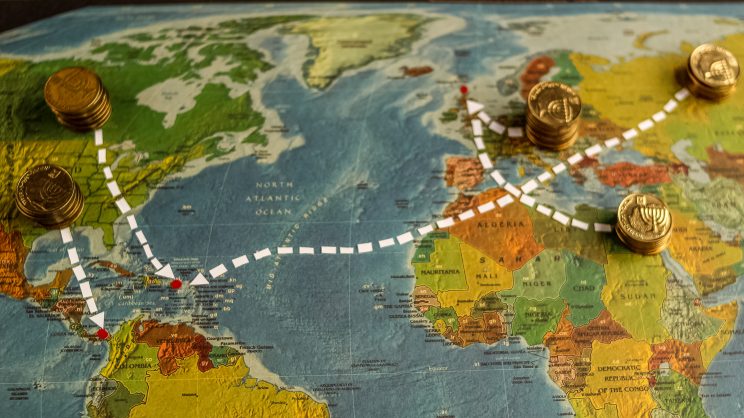 Common Reporting Standards (CRS) mean information is being exchanged with 87 foreign countries – and the figure is growing.

Coming clean and volunteering information before SARS conducts an audit is likely to result in a better and more sympathetic outcome.

If you have offshore assets that you expected to keep a secret from the South African Revenue Service (SARS), chances are it already knows about them

That’s because of an information sharing arrangement known as Common Reporting Standards (CRS) that is already in place in 87 jurisdictions, and that figure is growing.

“What this means is that there is nowhere in the world to hide from SARS,” says Pierre Cloete, CEO of specialist offshore advisor International Wealth & Prosperity (IWP).

“There is a global trend towards information sharing with other countries, and a lot of South Africans may have built up a handsome nest egg offshore at a time when it was more difficult to track.

“It is now fairly easy for SARS to find out what assets you have stashed away overseas,” says Cloete.

“Since the end of the SVDP [Special Voluntary Disclosure Programme; a joint Sars/SA Reserve Bank amnesty programme, which ended in 2016, but was extended to 2017], Common Reporting Standards kicked in, and we are aware of taxpayers with offshore assets receiving letters from Sars initiating a review of their tax affairs.

“However, Sars still has a Voluntary Disclosure Programme [VDP; a Sars-only disclosure programme] aimed specifically at those with undisclosed foreign assets. Taxpayers are still able to make use of the VDP to regularise their affairs.”

It’s not too late to come clean

“While this may seem dire, it is not too late to regularise your affairs if you have undisclosed offshore assets. It is better if one comes clean and volunteers information before Sars conducts an audit, since this is likely to result in a better and more sympathetic outcome.”

National Treasury and Sars are under pressure to rope in every rand in tax owing, adds Cloete, and there is a renewed vigour in Sars to track down offshore assets accumulated by South Africans over the decades.

This may come as a shock to South Africans who spirited funds and investments offshore in the days when oversight was lax and there was little prospect of Sars ever finding out.

Those days have changed, and CRS is turning out to be an efficient method of exchanging information on global assets owned by residents of the 87 participating countries.

There have been multiple amnesties for South Africans with offshore assets.

In 2003, the Exchange Control Amnesty Bill was introduced as a way for taxpayers to repatriate offshore assets and regularise their affairs due to greater international cooperation in tax compliance and enhanced surveillance of international capital flows.

The Organisation for Economic Cooperation and Development (OECD) regularly updates the CRS and has issued a handbook for taxpayers and tax authorities worldwide.

When ‘hidden’ assets are no longer hidden

Says Cloete: “Many people feel that their assets are well protected and ‘hidden’ in offshore trusts and various different company structures. These structures may be located in various jurisdictions where confidentiality law used to apply. In most cases this is no longer the case.

“Under CRS, the offshore company administrator has to report all names of related parties – in other words – ‘settlors’ and beneficiaries of offshore trusts, as well as directors of offshore companies. If your name appears on any document, you are likely to appear known to Sars.”

A growing network of countries has signed on to CRS

Cloete points out that under CRS rules, it’s not just taxpayers that are required to provide Sars with information on foreign-held assets. Reporting Financial Institutions (RFIs) are required to perform due diligence and any discovered reportable account must be disclosed to the tax authorities.

There are currently 109 countries participating in CRS, and the number is growing. The US cross-border tax compliance approach is promoted through the Foreign Account Tax Compliance Act (FATCA), which has been a huge success in tracking down the globally-held assets of American residents and citizens. That success has inspired other countries to follow suit through the information exchange channels provided by CRS.

“The bottom line is that there are still thousands of taxpayers with undisclosed offshore assets. In times past, the cooperation between tax authorities was not great. That has changed and CRS has made it very easy for Sars to track down assets you may be holding, no matter where or how those assets have been hidden.

“There are structures in place for clients to regularise illegal offshore assets,” says Cloete.

To see how International Wealth & Prosperity (IWP) can assist you in regularising your affairs, and build global wealth, go to iwpsa.com.

Brought to you by International Wealth & Prosperity (IWP).

Moneyweb does not endorse any product or service being advertised in sponsored articles on our platform.